I made a new play friend!

Happy Sunday! I'm not ready to start a new week but here it is, ready or not! I want to share a new scrapbook with you - I haven't scrapped in a while but this was great fun. It will go to a teen girl that bought all this stuff and never did anything with it. She sent it to me because she knew I scrapped. So I turned it into a book for her and will send it back to her. :) 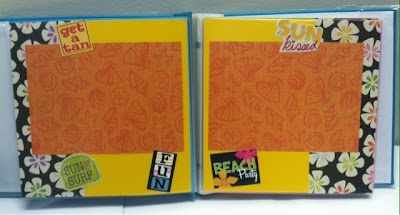 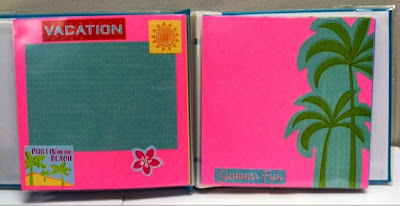 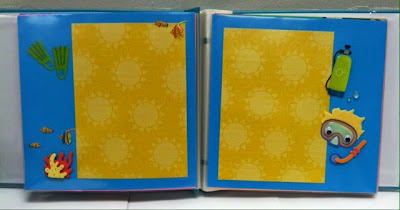 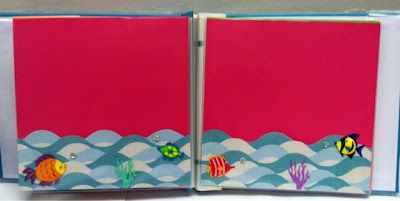 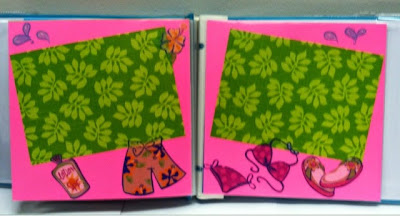 It was a lot of fun to put this together for her. I was home sick with the stomach bug, which I give to my brother, too, (aren't I nice!?) and knocked this out.

My weekend was a rough one. My heart took a few whacks - ok smacked me sideways - and I'm still pretty sad. God has a reason for everything and hopefully it's lessons learned on all sides.

But then I also had a wonderful time watching Macy on the mall playground making friends. She walks up to a girl, gives her an awkward hug and says, "I love you!"  And they played chase and slide and hop and just had a great time. As she's running by me and mom she yells, "Look y'all! I made a new play friend!!" There were actually two girls - sisters - and when they left Macy cried that her sisters had gone. Hahaha I had to explain they weren't HER sisters :) Too funny! 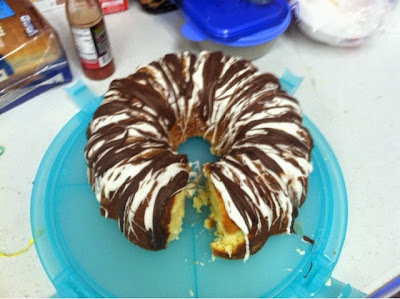 Check out the cake I made for my brother and sister in law. White chocolate pound cake. I didn't really get to taste it (stomach bug) but hopefully her coworkers enjoyed the leftovers.

Ok I'm ready to pack this weekend up and put it away. It's bedtime for me. I'm zonked. Sweet dreams friends. :)

How the heck did we end up in March already?  Heaven help, the time is zipping by and I feel like I'm getting left behind in a daze.

One thing that has me out of it - my health is having weird issues again.  Tummy and chest, scary stuff when you say chest issues.  I'm still trying to pay off the crazy bills from June so I really don't want to go somewhere and have more bills pile up.  I'm trying to stay calm and convince myself it's all tummy related like I was told it was so quit worrying that my chest hurts, too. *sigh* Do you pray? And if so, can you say a prayer for me? Thanks.

I also have an acquaintance - the wife of an old boyfriend (99% of the time I end on good terms, so no hard feelings) - she has some serious health issues with major surgery coming up at the end of the month.  March 23 to be exact.  I told her I believed in God and was sending up prayers for her, her family (they have three kids) and the doctors.  It's really serious stuff, so if you wouldn't mind saying a prayer for them, too, that would be great.  I appreciate it greatly.

I'm so excited - I introduced one of my online friends to one of my real life friend's online store and she loved it! I mean, I love her stuff, but it was so cool to connect someone else to it, too.  You are welcome to visit - she was interested in calligraphy and it just so happens my friend sells calligraphy teaching kits! I know, how perfect!  www.leenmachine.com Go ahead and click it - you know you want to. :)

Have you heard about these people who role play online by stealing other people's photos of their babies and children and such? They make entire role play lives around these photos of kids they don't know.  Seriously, go to twitter or instagram and look for #rpbaby.  Completely terrifies me of having pics of the sweet nieces online.  I'm sure someone thinks that's harmless, but I think it's horrible. Thoughts on this anyone? Because I'm half tempted to just take down the blog and keep my private instagram and private facebook.

On a much happier note, I'm heading to my brother and sister-in-laws for supper tonight and I'm taking Vulture Dip.  Sounds totally gross but it's yummy.  My brother is bonkers for it.  Just so happens I found the exact recipe I use online - here it is.  The blog is called "Food from the Forest" but she has the recipe there if you'd like to try it.  Think spinach, cheese, tomatoes, picante sauce... it's good, trust me.  I'll probably pass on it to play it safe, but I'm glad to bring him something he loves.

Ok, let me go get ready to head for their house.  I'll post cute pics again soon - once I figure out how to easily watermark them before posting. :) Happy Hump Day!

Beth
A sweet Southern gal. I'm blessed with wonderful family, including two sweet nieces, friends, and an appreciation for the little things. A child of God and continually learning His path for me. Check out my profile to learn more!